Born May 11, 2013, this male black and tan Dobermann I-Roreck Rasham Von Bolcanstern comes from a litter of 3 male puppies. His 2 brothers are I-Ryowic Redding (Brevet Ring) N.F and I-Redcloud Rwico (IGP) M.F.
He was born to: Diego Von Der Sylimax Mühle a brown and tan male with a strong character and to E-Qyoda Qumca Von Bolcanstern a black and tan female who competed in Ring 2 but stopped in her career due to an injury to the fence, today aged 11, she was born to Ugo Erik Des Sylvannick (Ring 2) X T-Owica Okumi Von Bolcanstern, an inbreeding on the Multi-Ch. Lewica Lwica Von Rauberstolz.
Born at Mme Krystel Rolland (Breeding Von Bolcanstern), who had decided to keep a female of this litter, she “found herself very destitute when 3 males had come”, but decided despite everything to keep a puppy, the choice of litter having already decided, she chose the black male Red collar and named him I-Roreck Rasham.
I-Roreck (“Ro” for the close friends) quickly showed excellent predispositions to the practice of biting, voluntary and efficient “down”(leg) dog, he knows how to bite at the top, he is also at ease in obedience (ring obedience exercises) with a lot of desire to do well.
The jumps that are the length and the hedge were for him a formality in the installation. The fence, however was more hazardous because of the apprehension of this exercise by his handler. These long training sessions have been the subject of various questioning, necessary and essential to improving the performance of the master/dog pair. Some physical accidents have been the subject of poor performance in his career, sometimes causing scores not always up to the work he is capable of providing, but this is the case of any athlete at this level.
He has participated in many competitions in Ring, often representing our breed brilliantly, winner of the Aquitaine Clubs Cup in Ring 1 (2017 – 1st / 15), he was also selected twice by the Dobermann Club of France to participate at the SCC Ring Grand Prix (2017 & 2018), competed twice during the BoxDobRott National Work (2018 & 2019) by winning the prestigious title of French Dobermann Champion in Ring 2019 approved by the Société Centrale Canine.
Its next release is planned for BoxDobRott 2020 and its jubilee most likely at the end of 2020.
I-Roreck and his owner are also very happy to announce that in November 2019 at the breeding “Yenicerin” the progeny of this working champion was born in Finland. And to our question: “what do you want for 2020?” » Mme Rolland replied:« Hope to see more Dobs in Ring » 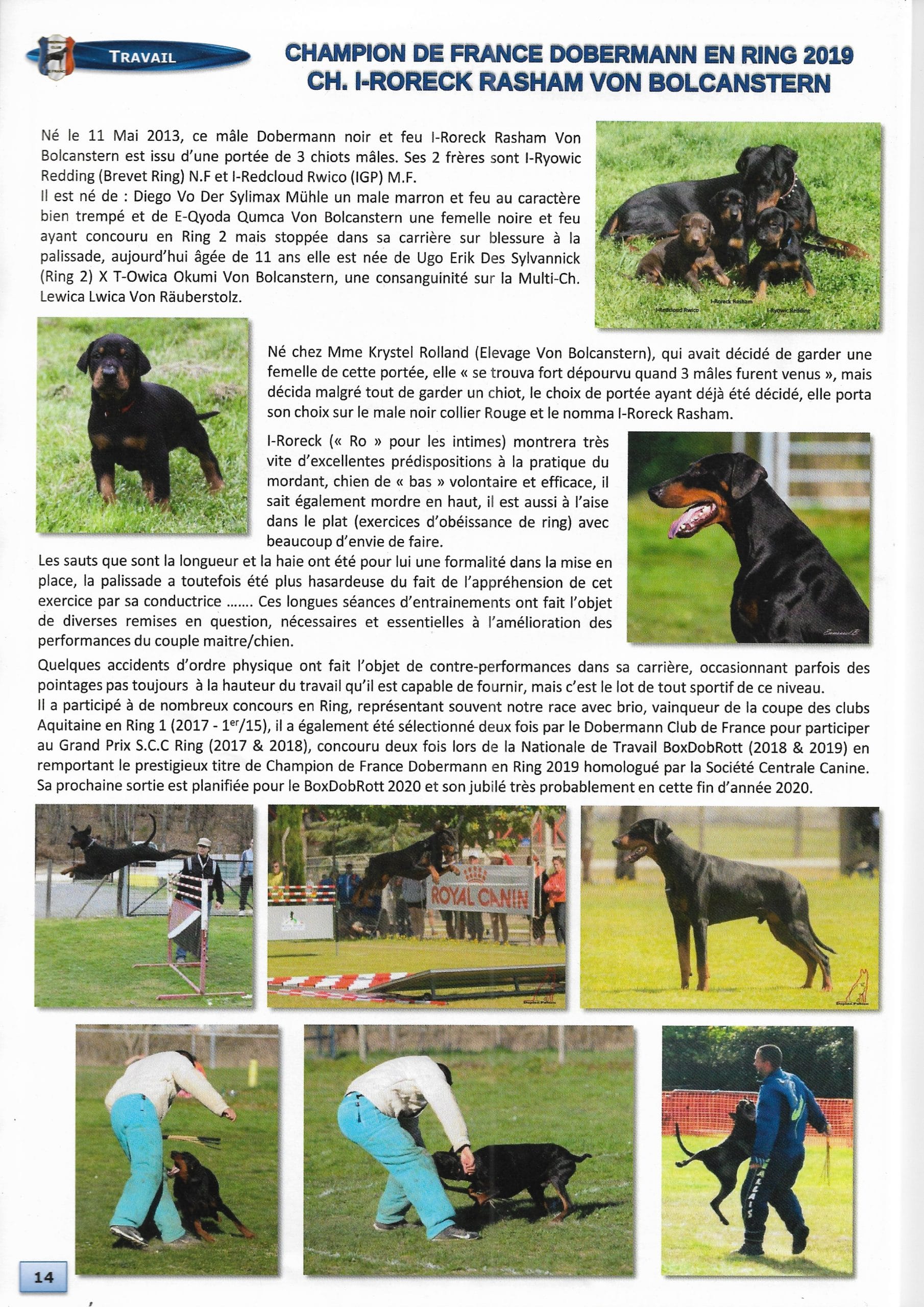 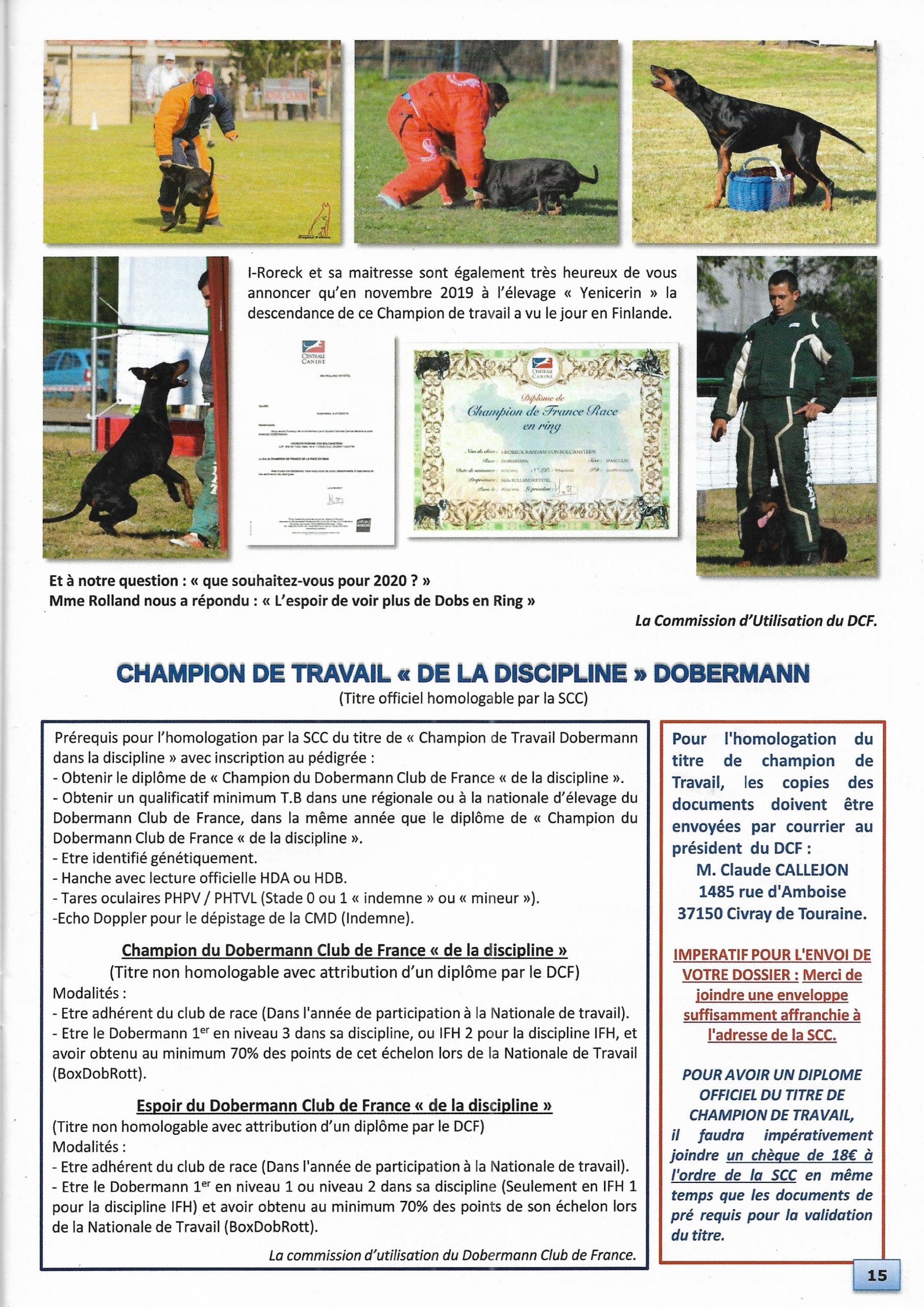